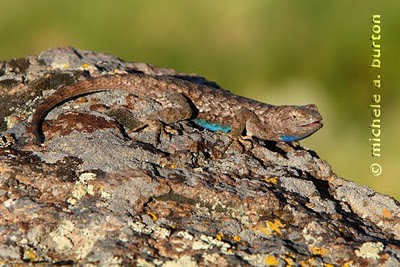 Northern Sagebrush Lizard
(Sceloporus graciosus graciosus)
The northern sagebrush lizard’s diet consists of ants, beetles, termites, leaf hoppers, butterflies, moths, flies and other insects, as well as spiders. It becomes active in May, with mating and egg-laying occurring in early summer. Females of this species in Colorado and Utah lay two clutches of about four or five eggs each year. These lizards reach their adult size in their second summer, with most females reproducing at the age of two years.
This lizard occurs in rock outcrops in sagebrush and juniper communities, as well as semi-arid and mountain shrub lands, usually below 6,000 feet in elevation. It can be found in western Colorado, western Wyoming, northern New Mexico, and across the Great Basin to the Pacific coast in northern California. 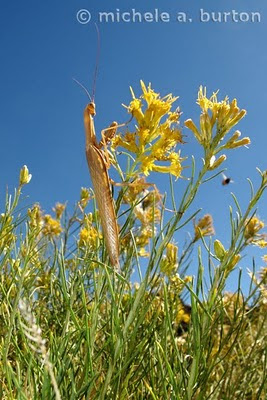 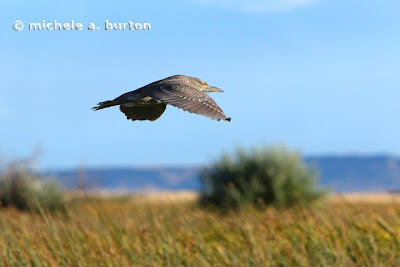 Juvenile Black-Crowned Night Heron
(Nycticorax nycticorax)
With a range that spans five continents, including much of North America, the Black-crowned Night-Heron is the most widespread heron in the world. It is most active at dusk and at night, feeding in the same areas that other heron species frequent during the day.﻿
Adult Black-crowned Night-Herons apparently do not distinguish between their own young and those from other nests, and will brood chicks not their own.
check out the Cornell Lab of Ornithology www.allaboutbirds.org
Eurpean Mantis Great Basin Juvenile Black Crowned Night Heron Malheur National Wildlife Refuge Mantis religiosa Northern Sagebrush Lizard Photo of the Week Sceloporus graciosus graciosus