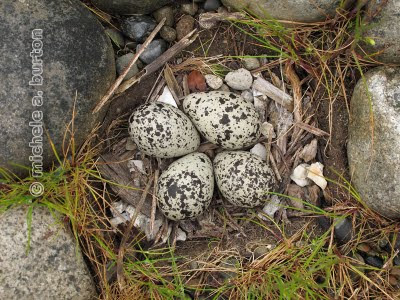 Killdeer Nest
Port of Olympia
May 1, 2011
Killdeer (Charadrius vociferus) have little difficulty integrating into urban environments. Although they are a shorebird in the plover family, they can be found far from water in parking lots, playgrounds, flat rooftops and other decidedly non-wilderness areas. Killdeer scrape a small indentation in the ground and line it with minimal grasses, twigs, pebbles and shells. This nest, occasionally nestled into a few larger rocks, serves as the only protection for the tiny buff colored eggs speckled with black and brown. Incubation takes 24 - 28 days and is done by both parents. Both Killdeer are vigilant throughout the incubation period, ready to distract and mislead potential predators with their vociferous calls and trademark broken-wing act.
Update: May 26, 2011
The nest is empty. Newly hatched Killdeer chicks are precocial, meaning they are able to walk and leave the nest as soon as their down is dried. It will be roughly 3 weeks before the chicks will be able to fly. Meanwhile, the adults are still visible and actively patrolling a circle around a large cargo container. I suspect the chicks are  in one of the small nooks under the container, safe from constant threat of larger predators like crows and gulls. 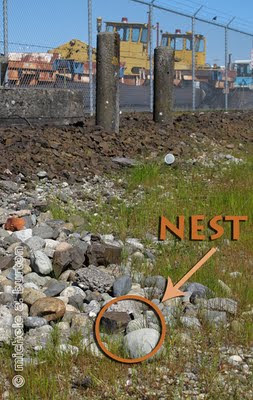 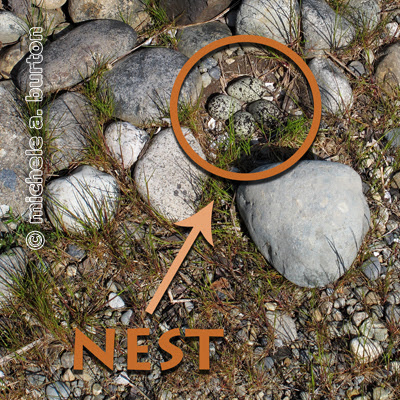