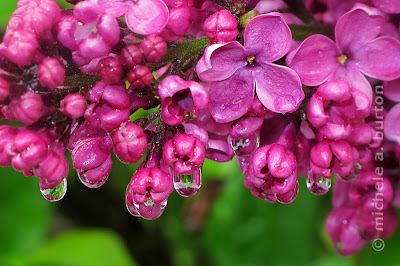 Hulda Klager Lilac Garden
Woodland, WA
May 15, 2011
We had planned a weekend jaunt to go canoeing near the Columbia River in Southwest Washington. Unfortunately for us, we choose the weekend which would provide as much rain in one day as normally falls during the whole month of May. Needless to say, on the heartiest of outsdoor enthusiasts were canoeing on May 15, 2011.
The wet weather opened the opportunity to visit the Hulda Klager Lilac Garden in Woodland, a community of about 5,500 located about 20 miles north of Vancouver in Washington state. The town is at the confluence of the Lewis and Columbia Rivers, which makes it an excellent agricultural area.
Hulda Klager (1863 – 1960) was a native of Germany, whose family settled in Woodland when she was 13 years old.
In 1903, she became interested in hybridization after reading a book by the renowned botanist Luther Burbank. Mrs. Klager was interested in producing larger apples to reduce the time spent peeling small fruit for pies. In 1905, she began hybridizing lilacs and by 1910 she had created 14 new varieties.

By 1920, Mrs. Klager had produced so many new varieties of lilacs that she began hosting a spring open house each year to showcase her efforts. This practice caused her to become known as “The Lilac Lady.”

Following the death of her husband, Frank Klager, in 1922, she contemplated abandoning her work with lilacs, almost throwing away a number of hand-pollinated plants she had taken a special interest in. But her son Fritz insisted that she continue to nurture them and from these plants came some of her very best lilacs.

The spring of 1948 brought another great adversity when the swirling waters of the Columbia River swept across her property, wiping out her lilac gardens and nearly every other shrub on the place. Only the big trees withstood the flood but undaunted and at the age of 83, she set about rebuilding her garden. Many people who had purchased her lilacs in the past returned starts to her so she could replace her losses.

After Mrs. Klager’s death, her property was being considered for industrial redevelopment. Rather than letting that happen, Woodland Federated Garden Club petitioned for state and federal historic preservation status. Subsequently, the Hulda Klager Lilac Society was created to purchase the property and maintain the beautiful gardens.

The Lilac Society sponsors the annual “Lilac Week” festival each spring when the lilacs come into bloom, selling lilac plants to visitors just as when Hulda Klager was there. 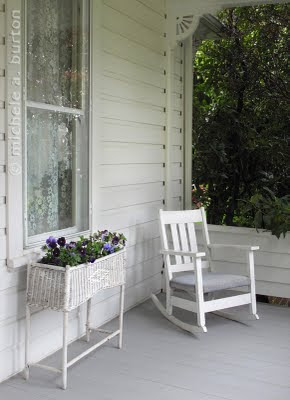