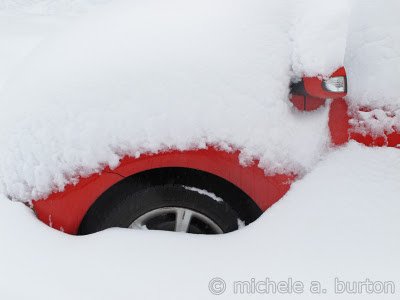 They say a picture is worth a thousand words.
This week's photo can be reduced to one all-encompassing and ever descriptive word: snow.

Today, Olympia received enough snow in a 24 hour period for this to be considered
one of the top 5 snow storms since the weather began being recorded in Olympia. 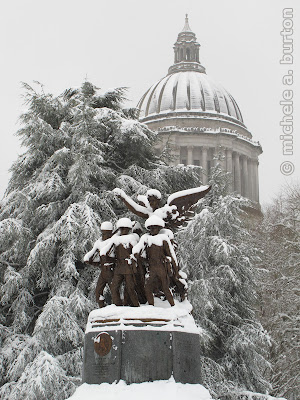 To learn more about the Winged Victory Monument
on the Washington State Capitol Campus,
click here 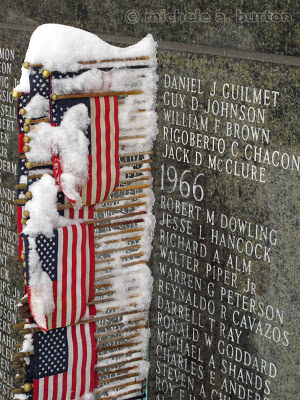 To learn more about the Vietnam Veteran's Memorial
in Olympia, click here 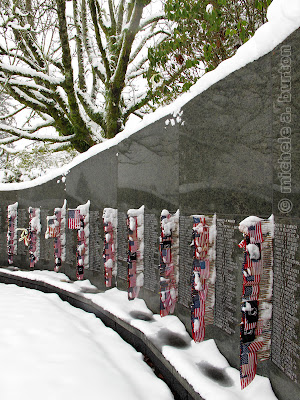