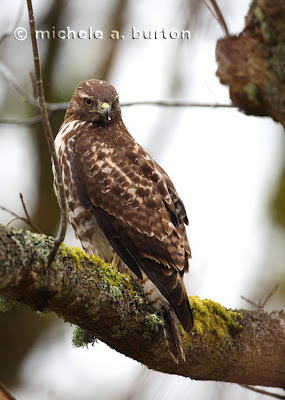 
According to Cornell Lab of Ornithology's All About Birds website, the Red Tailed Hawk is probably the most common hawk in North America. It is a large bird of open country. One of its most popular haunts in urbanized areas is on utility poles overlooking highways and major roads. Mammals, such as mice and voles, make up the bulk of the Red Tailed Hawk's Diet. 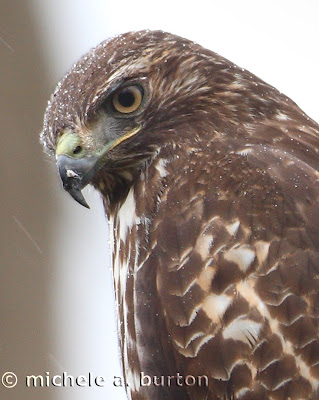