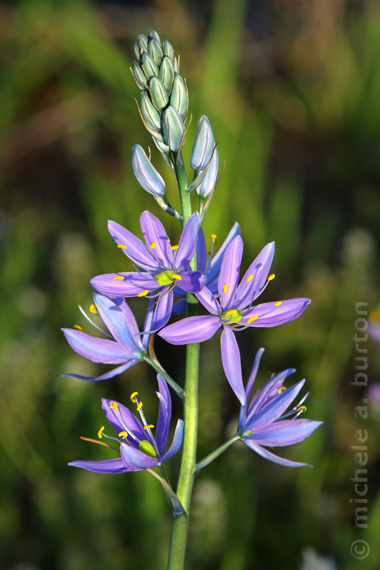 South of Olympia lies some of the last remaining native prairie habitat in South Puget Sound. This landscape marks the southern end of the last glaciers to cover the region (about 15,000 years ago).

Two outstanding features make it worth a visit to this area - the Mima Mounds and the abundant wildflowers.

The Mima Mounds are dome-shaped mounds of rock and soil, covered with grasses. The mounds range from 8 to 12 feet in diameter and can be up to 7 feet tall. The mounds are close to one another, separated by wide swales. There are various theories for the origination of the mounds, from glacial melting and erosion to giant rodents. While no one knows the actual cause of the mounds, they are a wonder to behold. Washington State DNR runs the Mima Mounds Natural Area Preserve, a 637 acre site with walking trails and interpretive exhibits. It is open year round. Thurston County's Black River-Mima Prairie Glacial Heritage Preserve is open annually on Prairie Appreciation Day, which occurs in Early May.