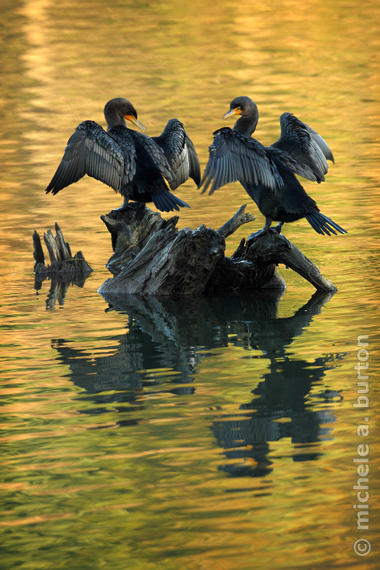 Cormorants are among the most easily recognizable birds. Their tall bodies, black silhouettes and long necks are easy to spot. It is their wing-drying posture that makes them so quickly identifiable. In an essay on spread-wing postures, Paul R. Ehrlich, David S. Dobkin, and Darryl Wheye state that Cormorants use spread-wing postures for drying their wings. 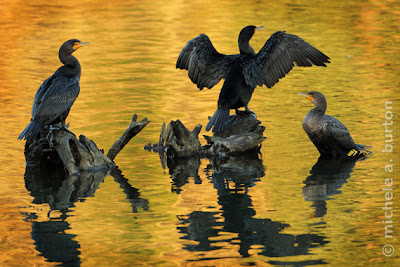