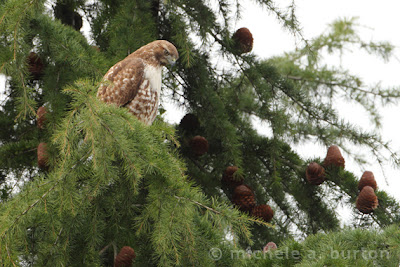 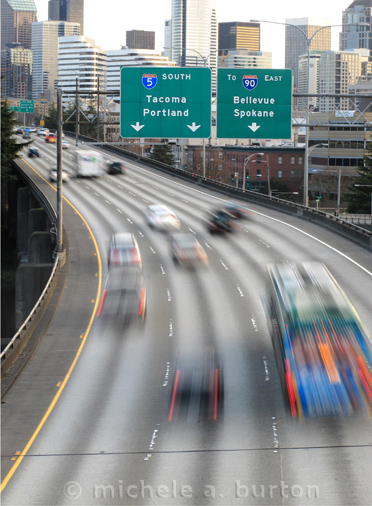 
Birds are creatures of habit, just like you and me. They have territories ﻿where they live and hunt. Red-tailed Hawks are a common sight on lamp posts and trees adjacent to highways all over the United States; they are drawn to the good lighting, easy perches, and abundant rodents in the medians. Even so, most of us probably think of Red-tailed Hawks as predators of suburban and rural areas.

Recently, I noticed a hawk perched above Interstate 5 near Denny Way in Seattle. It was on a lamp post. I was a bit surprised because there was no grass or vegetation for wildlife in the immediate area. A few days later, a saw it again, about 1/4 mile north of Denny. I made a mental note to check again; over the course of a month, I spotted the hawk several more times.

Finally, one day I had my camera with me. With the help of a band of harassing crows, I soon found the hawk, perched in a tree in the median between the north and southbound lanes of I-5 near Mercer Street. From the safety of my driver's seat photoblind, I was able to capture several shots before the hawk turned and stared me down. With the tenacity earned from minding a perch with 100,000 cars passing everyday, she quickly indicated to me that it was time to go! 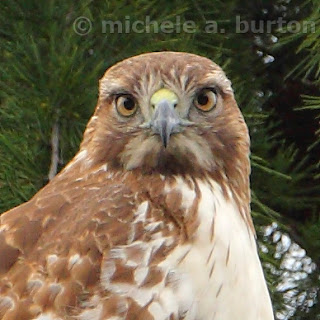