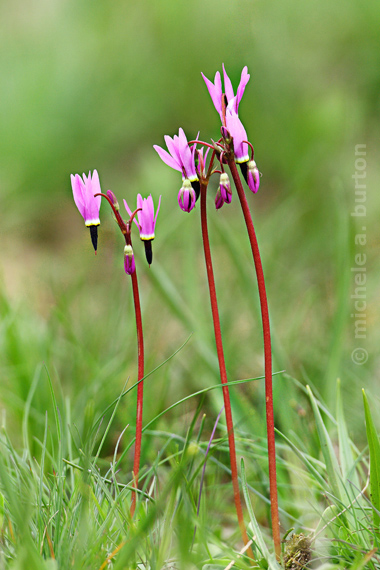 Western Washington is known for its magnificent forests, Puget Sound and the mountain ranges that surround it. Western Washington is also home to a unique ecosystem known as South Puget Sound Prairie. As great sheets of ice receded at the end of the last ice age, they left behind a rocky, undulating landscape of oak forest and grassland. Prior to settlement, much of the area south of Olympia was prairie. Today, less than 3% of the grasslands remain. This land supports a wide variety of native plants and animals.

April and May are special months on the South Puget Sound Prairie. An abundance of wildflowers bloom in the meadows. Violets, strawberries and shooting star begin the show, followed by camas, yarrow, and golden paintbrush. Miner's lettuce, western buttercup and columbine are among the many species seen annually. In addition, the prairies support threatened and endangered species, including Taylor's checkerspot butterfly, Streaked horned lark and Mazama pocket gopher.

May 11, 2013 is the 18th annual Prairie Appreciation Day. On this day, Thurston County will open up its Glacial Heritage Preserve to the public. Events will also be held at Mima Mounds Natural Area Preserve. It is well worth visiting this unique ecosystem while the prairie is in bloom.