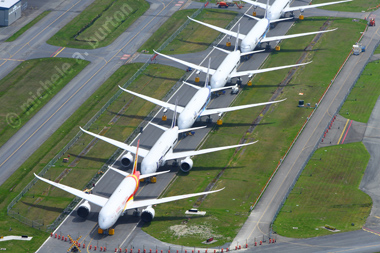 On May 20, 2013, United Airlines resumed flying the Boeing 787 Dreamliner airplane. It was the first flight by a domestic carrier since the planes were grounded by the FAA on January 16, 2013. The planes were not allowed to fly while overheating problems with lithium ion batteries were being resolved.