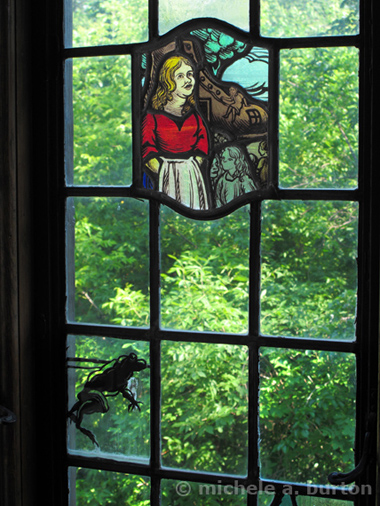 One of the marvels of travel is the 'unexpected discovery'. Often, while on a journey to something important and worthwhile, we make a wrong turn and end up in the most pleasant of places. Such is the case of the woodland walk that turned into an hour at the Library.

Riverside, IL has the distinction of being one of the world's first planned suburbs. Famed landscape architect Frederick Law Olmstead designed the community in 1869, incorporating winding streets that follow the sinuous﻿ curves of the Des Plaines River. The community features numerous parks, as well as a central square.

Riverside Public Library was dedicated in 1931. It was designed by Connor and O'Connor in a stone Tudor style with exposed beams and stained glass throughout. Upon entering the library, one immediately feels the welcoming warmth of the place. Art is visible throughout. Intimate seating areas dot the corners of the building, including a fireplace nook for reading on a cold winter's day. 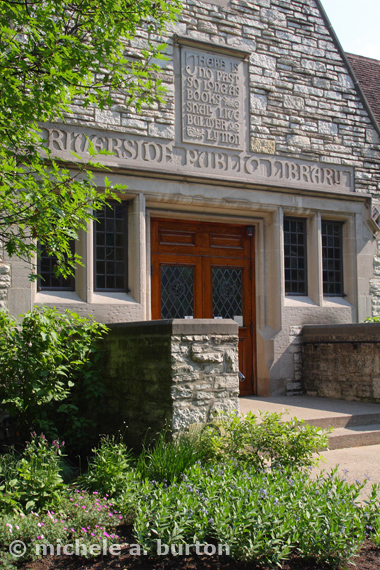 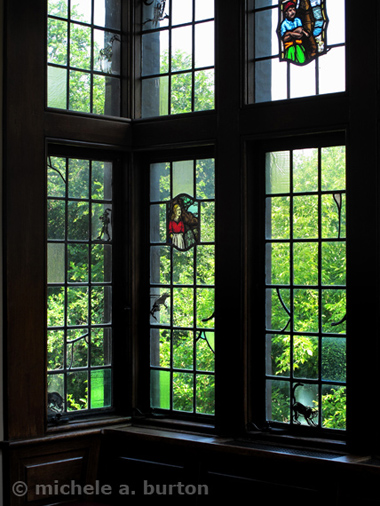 Among the many intriguing touches throughout the building are the various pressed tin figures of humans and animals which are sandwiched in window frames. Like the stained glass windows which illustrate Brothers Grimm and other Fairy tales, the tin figures seem to tell stories. 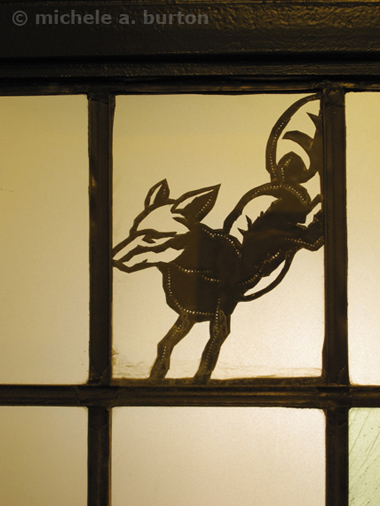 A fisherman casting in the Des Plaines River with the Riverside Public Library in the background at the left. 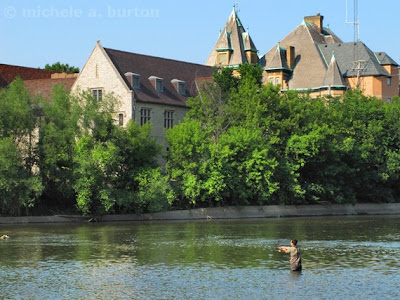