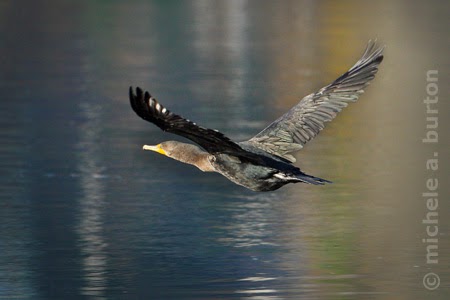 There are many joys to living in the Puget Sound region. On this beautiful Fall day, I am reminded of the special relationship we have with the natural environment which surrounds and envelopes us. I spent the morning at the furthest end of North Point, which is the furthest tip of land emerging from downtown Olympia into Budd Inlet. There, I was privileged to see Buffleheads, Hooded mergansers, gulls and a Belted Kingfisher, as well as other birds. I also had a front row seat to the comings and goings of the cormorants.

In Olympia, we see several species of cormorant. Most common are the Double-crested cormorants with their prehistoric yellow bills and glowing green eyes. Their glossy backs are iridescent in the sunlight. Cormorants fly close to the water, nearly skimming the surface. They dive like ducks to feed on fish from the bay.

In addition to their activities of flight and feeding, cormorants also stand watch over the business of the Port. Pairs of birds stood patiently on pilings this morning, watching as workers loaded logs on a large ship destined for Asia. On this day, the hum of nature and the hum of industry merged into a single melody of life on Puget Sound. 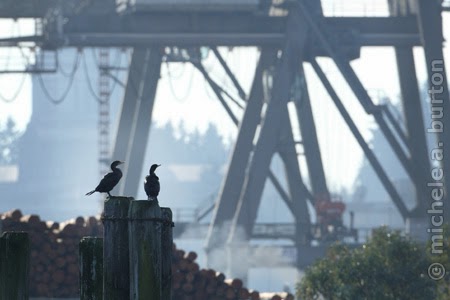 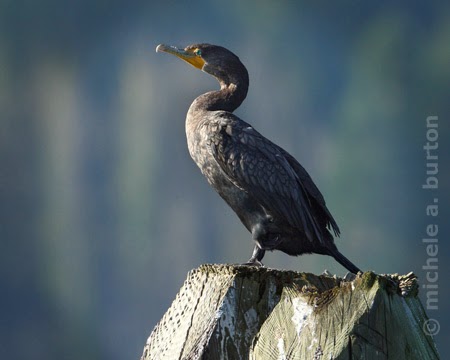