Urban living is for the birds.

Faced with increased population density and the lack of affordable high-rise single-family nests with panoramic territorial views in popular Seattle neighborhoods, avian families are following the lead of their human counterparts by moving their nests to up-and-coming neighborhoods in South Seattle.

One bald eagle family has taken up residence in a mature cottonwood on the banks of the Duwamish River in a primarily industrial neighborhood they share with a US Mail sorting facility and several buildings housing Boeing employees. Their nest is secured from most interlopers by a chain link fence topped with barbed wire. Their front yard is literally inches from the fast flowing waters of the Duwamish River.

While the female sits in the nest, protecting unhatched eggs, the male perches on a nearby branch. He alternates his view between watching the river for potential hunting targets and watching the sky for potential intruders. When an immature bald eagle strays too close to the nest, the male responds with loud, sharp cries. His calls can be heard distinctly, even with the nearby hum of Interstate 5 and sound of planes landing at SeaTac airport. The immature eagle is unimpressed and continues into the 'restricted area' near the nest.

Suddenly, the male takes off from his perch and flies rapidly towards the sky. The immature eagle is quickly escorted from the neighborhood. Peace and domestic bliss returns to the nest. 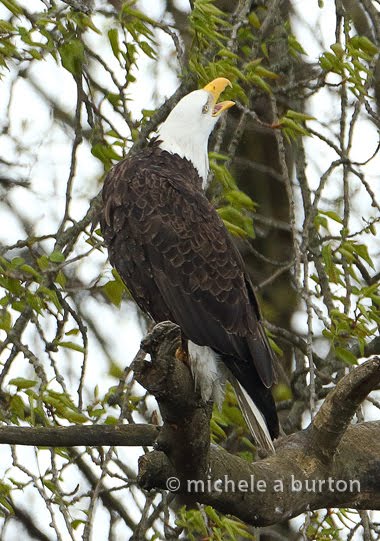 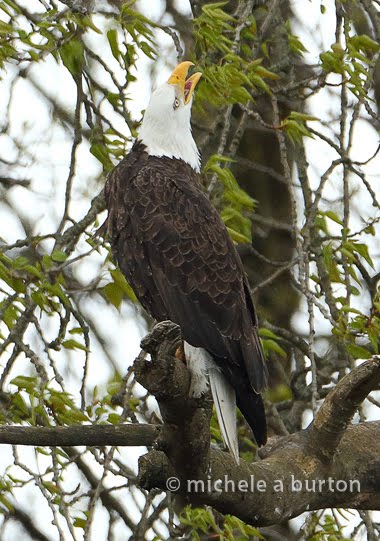 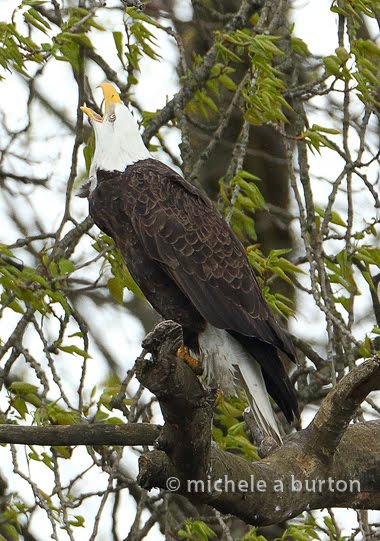 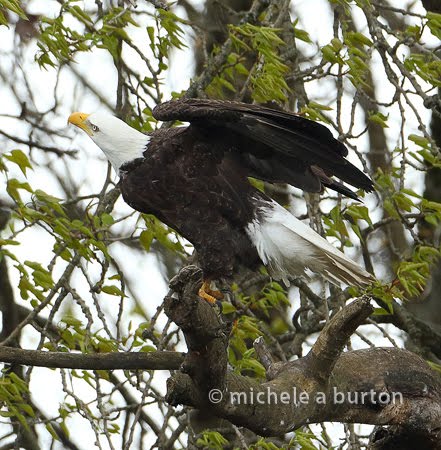 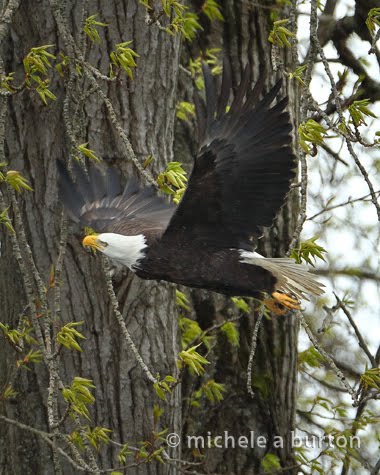